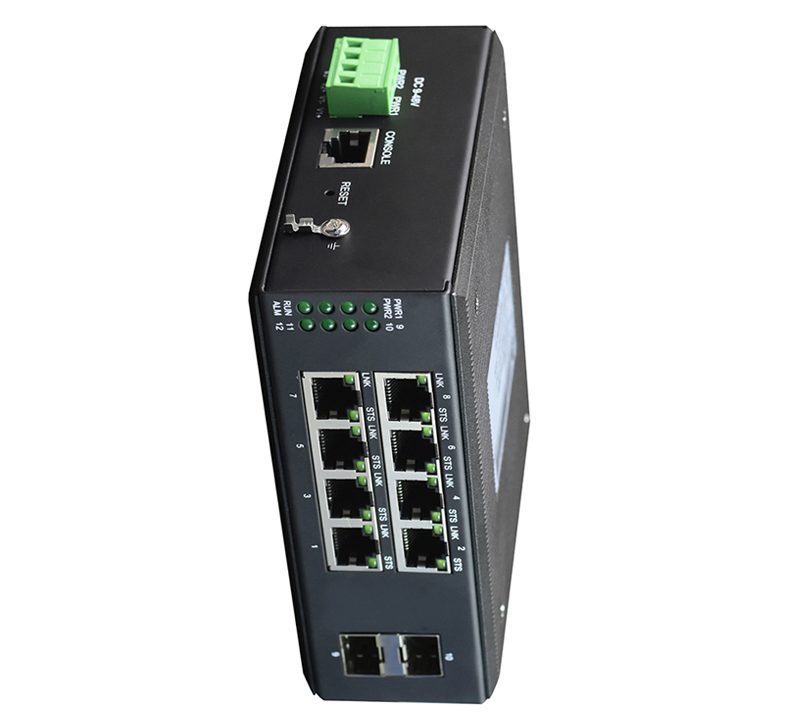 A ring network switch can transmit data between multiple port pairs simultaneously. Each port can be regarded as an independent physical network segment (non-IP network segment), and the network devices connected to it enjoy all the bandwidth independently and have their own virtual connections. If a 10Mbps shared HUB is used here, the total throughput of a HUB will not exceed 10Mbps. In short, the ring network switch is a network device based on MAC address identification, which can complete the function of encapsulating and forwarding data frames. The ring network switch can “learn” the MAC address and put it in the internal address table. By establishing a temporary switching path between the originator and the target receiver of the data frame, the data frame can directly reach the destination address from the source address. .

When it comes to duplex, we have to mention another concept that closely corresponds to it, that is “half duplex”. The half duplex means that only one action occurs in a period of time.  For example, only one car can pass simultaneously on a narrow road. When two cars pass by each other, you can only wait for one car to pass first, and then pass another. Early devices such as walkie-talkies and hubs implemented half-duplex. With the continuous advancement of technology, the half-duplex will obviously gradually withdraw from the stage of history.