QinQ was originally created to expand the VLAN ID space, but with the development of metro Ethernet and the requirements of operators for refined operation, QinQ’s double-layer tags have further usage scenarios. Its inner and outer labels can represent different information. For example, the inner label represents the user, and the outer label represents the business. In addition, QinQ data frames traverse the operator’s network with two layers of labels, and the inner label is transparently transmitted, which can also be regarded as a simple and practical VPN technology. Therefore, it can be used as an extension of the core MPLS VPN in Metro Ethernet VPN, and finally form an end-to-end VPN technology. Due to the convenience and ease of use of QinQ, it has now been widely used in various operators. For example, QinQ technology is combined with multiple services in metro Ethernet solutions. In particular, the emergence of flexible QinQ (Selective QinQ/VLAN Stacking) has made QinQ services more respected and favored by operators. 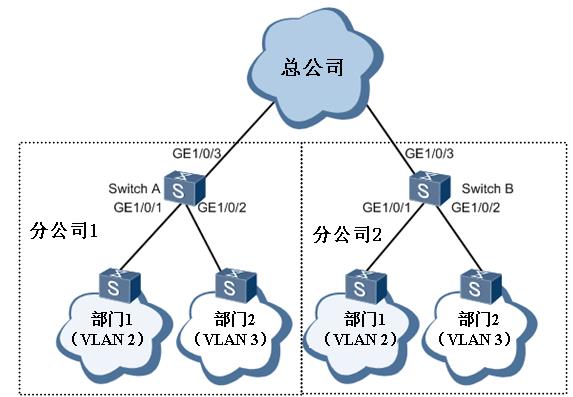